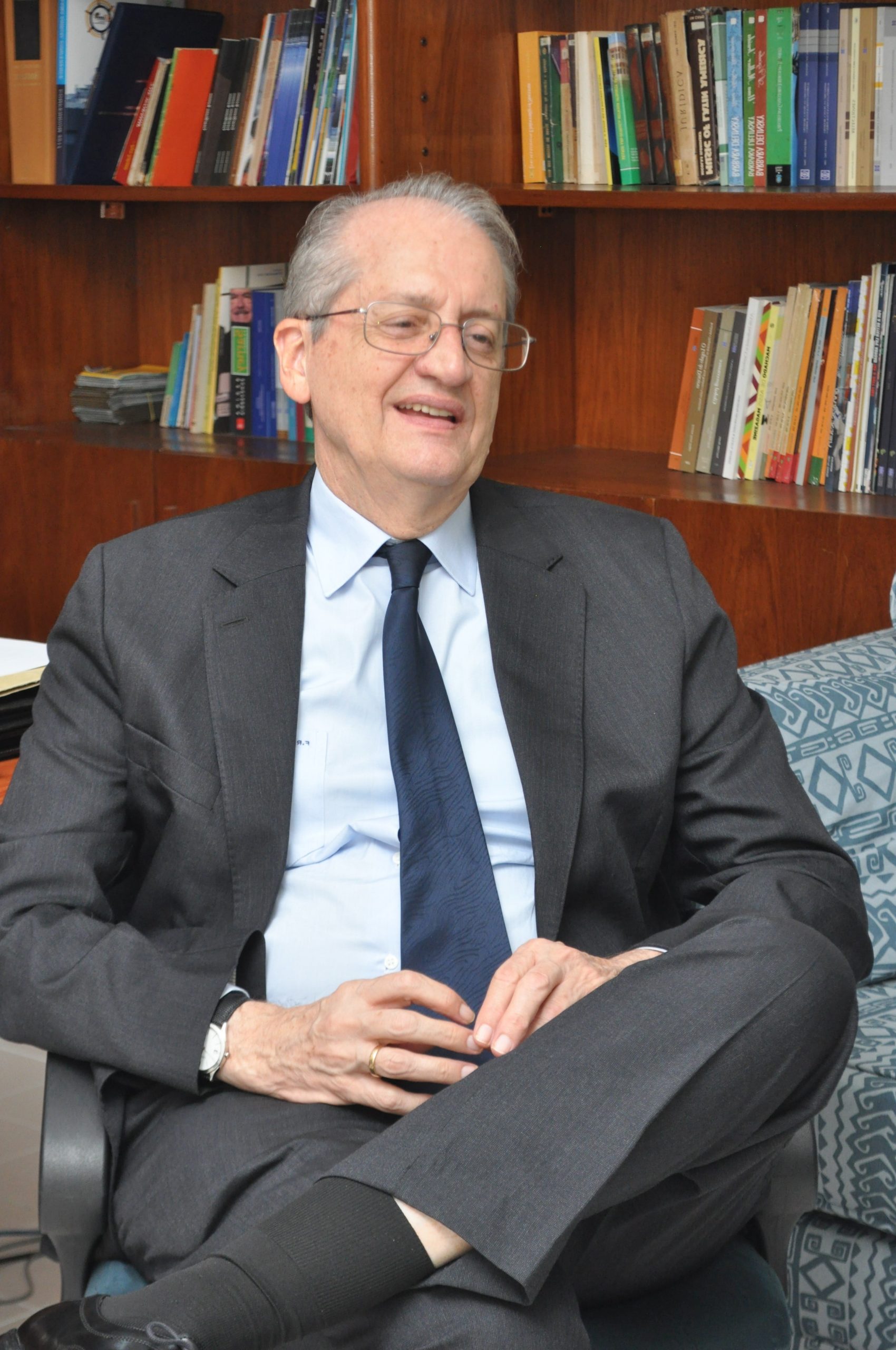 Brazil and Nigeria are two great and jolly nations with a warm and beneficial relationship enjoyed over the years. Brazil is South America’s largest and most populated country, both in geography and demography. It is an advanced nation and a key influencer in regional and global development matters; while Nigeria is the most populated black African nation in the world and a respected voice and contributor in international affairs.

Obviously, these two nations share many interesting things in common as lots of Afro-Brazilians have traced their ancestry to Nigeria, and both governments are strengthening obligations and cooperation between them. Due to the strong and existing bilateral ties, the two countries can best be described as great and productive CONSUL-GENERAL BONZANINI

Towards entrenching diplomacy and development interests, Nigeria has continued to enjoyed the services of various Brazilian envoys; distinguished diplomats in every sense of dignity (both past and present), who, while representing their host nation are also advancing the good cause of Nigeria.

In furtherance therefore, Brazil foreign mission in Lagos, Nigeria’s capital city, has fared very well in the discharge of its diplomatic duty. Headed by a Consul-General, the Brazilian Consulate- General in Lagos parades the finest of experienced and devoted envoys in its administration. And, successive Consul-Generals privileged to serve in this capacity have so far raised the Nigeria-Brazil companionship flags higher.

In recognition therefore, kudos to the immediate past Consul-General, Ambassador (Mrs.) Maria Figueiredo, who left no stone unturned in efforts to further cement the alliance bond between the two nations, leaving impressive track –records during her tenure and paving way for greater works ahead.

Taking over from this outstanding woman is another substantive headship and a respectable personality with enviable diplomatic pedigree is His Excellency, Flavio R. Bonzanini .  Ambassador Bonzanini is a gentle, accessible, dynamic and strategic leader, whose administrative approach and start of work is commendable with yielding outcomes.     He is a man who knows his duty-designation and within his short time in office moved so fast in consolidating on existing ties between the two countries

Acclaim Nigeria magazine contacts with him at the Brazilian Consulate-General and other events rated him an A+ DIPLOMAT desirous of Nigeria’s improvements, and sought for an audience with him.

Ambassador Bonzanini graciously honored our request to meet with him at the Consulate-General in V.I, Lagos. It was a memorable visit with an unprecedented welcome by our hosts, as His Excellency spoke on diverse issues relating to trade, cultural ties, sports development, and personal-to-personal development.

Ambassador Bonzanini leadership focuses are towards the following:

Nigeria and Brazil are good trading partners, with many Brazilians living and doing businesses in Nigeria. According to reports, it is estimated about $1.5 billion are traded last year and about $538.5 million in the first four months of 2018, a 22% of year-over-year. Both national leaders continue to affirm on the need to work together to make sure that the relationship trust and progress already established remains and grow.

This is further evidenced on the immediate past Brazilian President H.E Michel Temee and Nigerian Foreign Minister, Mr. Geoffrey Onyeama meeting in Brazil on increased investments efforts and trade flows to strengthen economic and development partnerships between the two nations.

With respect to his assignment, and furtherance to high level meetings on government relations, Ambassador Bonzanini has often reiterated in public and private discussions that one of his pivotal duties is to encourage and boost more Nigeria-Brazil trade growth, and ensures more Brazilian investors and investment are visible in the country in the days ahead. Nigeria is a major provider of petroleum to Brazil, and for trade balances more Brazil trade presence are welcomed in the country.  H.E Flavio Bonzanini is working round to make sure Brazilian companies and corporate impacts are more visible in the country through various ongoing initiatives embarked on by his leadership.

Brazil is known and respected as a top football nation and one of the best in global round leather ranking, with developed sporting skills, personnel and infrastructures. Nigeria on her own part is not doing badly in football matters too, as the country continues to score high in regional and global football matters. As a country with participations in many FIFA rated competitions and activities and known football stars all over the world, there is need to keep Nigeria football and other sports affairs thriving.

In view of this, and since without any contradiction the less is blessed by the better, Ambassador Bonzanini, being a sports and an ardent football lover and promoter is encouraging soccer growths and synergy between the two countries. He is progressively embarking on efforts on football academy promotions for youths in the country; facilitating football experts in Brazil to come to Nigeria to help develop the soccer game at grassroot level.

His leadership is ambitiously strengthening ties with governments, private organizations, associations and bodies, individuals, and other sports enthusiasts toward facilitating contacts from other interest group in Nigeria and improving football activities,  youth  and social developments in Nigeria.

The Brazilian love for football was also richly displayed at the 2018 Russian FIFA world cup, as the Consulate-General dedicated a large space within its Consulate complex for Brazilians living in Nigeria, their spouse and friends to watch-together in a relaxed and refreshing ambience to watch Brazil matches and other games during the competition.

Nigeria and Brazil  have many similar cultural ties and exchanges, so much that the nation opened the ‘Casa-da-Nigeria’ or Nigeria Culture House in the city of Salvador, an important and economic center for the city in colonial times. Successive Brazilian envoys in the country understand Nigeria’s cultural relevance and advancements with Brazil and have deepened  collaborations on this.

Ambassador Bonzanini, like his predecessors  is also keen in the promotions of culture in Nigeria, and to be acquainted with places of historical cultural importance, his early days of arrival as the Consul-General was dedicated to familiarization of touristic visits to Nigeria’s heritages, royalties and palaces, monuments, centers and cities with a view to have first hand information on them. Continued interactions with him shows he is a man willing to have a first-hand grip of cultural matters and a guest on social events in and around Lagos.

His Office in Lagos also plays host to important dignitaries of Culture from within the public and private circles in the country. One of such recent guest is the current Yoruba Generalissimo, Are Onakakanfo of yorubaland, High Chief Gani Adams, who visited in rich cultural display with his vast team. This visitation promised increased commitments to continually foster existing cultural partnership. Furthermore, earlier in the year the Ambassador has also helped to facilitate a large contingent of over 140 persons of the paramount ruler of yorubaland, the Ooni of Ife, His Imperial Majesty, Oba (King) Adeyeye Ogunwusi to Brazil for various programmes of culture and development. Ambassador Bonzanini is a man of humility and a very pleasant personality to relate with.

Regarding Consular matters, the Consul General has assured of prompt consular services by the Brazilian Consulate-General, especially in the areas of speedy visa facilitations and issuances for Nigerians travelling to Brazil. For him, legitimate Nigerian travelers for productive and profitable purposes to Brazil will be well attended to.

The day to day and people to people relationships between Nigeria and Brazil are increasing, and the Brazilian government values Nigeria as a priority development partner, hence it is prepared to increase visa opportunities for Nigerian travelers, whether for study, business, tourism, spousal/marriage, conferences, and other legitimate purposes, Ambassador Bonzanini affirms that as long as visa requirements and conditions are met, the cases of visa denials are not envisaged. He encourages Nigerians to come and explore the rich diversities, and investment opportunities and developments in Brazil.

The complaints of visa refusals are not common occurrences at the Consulate, but urge Nigerians to be law abiding, present genuine documents and justifiable reasons for travelling and be good Nigerian ambassadors in Brazil. The CG advised visa applicants and other consular services to visit the Brazilian Consulate-General in Lagos online portal, which is functional with comprehensive information to diverse enquiries.

A principal function of any Head of Mission in a foreign Nation is to first and foremost effectively represent hs/her Government in best way possible and also ensure the welfare of his/her citizen living in that nation, Ambassador Flavio Bonzanini Consul General Bonzanini host Are Onakankanfo,

understands his roles on this very well. Being a seasoned diplomat that has served in many countries outside Brazil, the general interest of his countrymen and women in Nigeria is of paramount importance.

Their safety, business interests and inclinations, spouses and family and even recreation engagements are constantly ensured, He knows almost all identifiable Brazilians living in Nigeria and often checks on their welfare. For him the Brazilian Consulate-General and Embassy in Nigeria are available and accessible to address their needs, complaints and progress.

Similarly, this distinguished diplomat is also collaborating with other foreign missions in Nigeria, attending their National/Constitution Day and celebrating with them through invitations other participation in development activities. His Excellency Bonzanini is a man who cut across and is respected among key foreign missions in Nigeria, especially those within his diplomatic jurisdiction. A man of progress, and one that is deeply committed to ongoing national progress.

Acclaim Nigeria acknowledges all the efforts of the Consulate-General during our visit and the Consular Section Head, a Brazilian married to a Nigeria, we appreciate this great woman who showed us huge affection during our visitation. 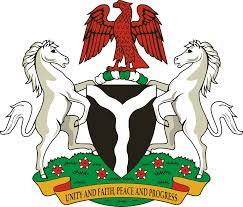 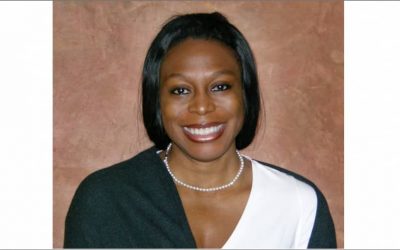