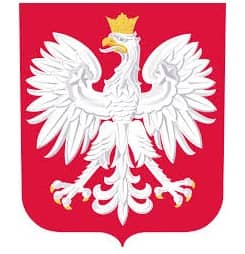 INDEPENDENT POLAND AS THE FOUNDATION OF WESTERN SECURITY

By Mateusz MORAWIECKI: Prime Minister of the Republic of Poland.

On 11 November 1918 Poland regained its independence. This event occurred 123 years after the First Polish Republic had ceased to exist, a result of an arrangement between three powers, i.e, Russia, Prussia and Austria. During that time although Poland disappeared from the map of Europe, it never ceased to exist in the hearts of Poles. During those 123 years of subjugation, the Poles tried various ways to assert their autonomy. They fought for freedom in numerous uprisings, but it was only during the First World War that the geopolitical environment provided the right conditions for reconstructing an independent and sovereign state.

The history of Poland’s fall and resurrection between during 123 years is basic knowledge for every Pole. Sadly, it is little known in the West. And yet, it is a story that involved the destruction of a major European state. Known as the Polish-Lithuanian Commonwealth, it was attacked and suppressed by its neighbours. Not only were the Polish people deprived of their freedom, but so too were Lithuanians and Ukrainians.

The First Polish Republic was the also the first advanced republican project in Europe. While the Western experience of modernity was based on a strong and centralized state, Poland sought to become a more decentralized entity that offered its citizens greater liberty. It was not a flawless project and ultimately it was crushed by the brutal force of its invaders. But its ambitions of creating a space in which many nations and cultures could co-exist, is still valid today. This alternative path for modernity could be an inspiration for the contemporary EU.

Poland celebrates its Independence Day on 11 November. On 10 November 1918, Józef Piłsudski, the man who contributed most to Poland’s liberation, arrived in Warsaw. The following day saw the end of the First World War. And yet for Poland this was just the beginning of its struggle.

Over the next two years this young nation had to deal with threats from both the east and the west. Neither revolutionary Russia nor Germany recognised Poland’s independence. In 1920 the Red Amy arrived at the gates of Warsaw. At the same time, German propaganda referred to Poland a temporary state. Although the Second Polish Republic appeared doomed, this proved not to be the case. Józef Piłsudski’s army saw off the Bolshevik onslaught and saved not just Poland, but all of Europe.

As the leader on NATO’s easter flank, Poland protects the entire organization. Western countries can count on Poland today, just as they could one hundred years ago.

There is a striking resemblance between Poland’s fight for its independence in the past and Ukraine’s current struggle against Russia. Putin’s propaganda machine is also trying to prove that Ukraine does not exist as an independent state and that, de facto, there is no such thing as a Ukrainian nation. In February, when Russia invaded Ukraine, nobody believed that the latter could win. Its fate, like Poland’s a century before, appeared to be sealed. And yet this, too, has proved not to be the case.

The experiences of Poland and Ukraine alike demonstrate that history is not a trap from which one cannot escape and that even the power of a mighty state must take seriously the power of a nation, which desires freedom. Many a time history has proven the advocates of historical Darwinism wrong.

Some regard Poland’ location on the world map to be a curse. I would rather see it as a blessing. Conscious of the dangers they face, the Poles have developed a specific geopolitical sense, i.e. that of prudence, which gives them greater clarity in seeing the challenges and threats they face. It comes as no surprise that Poland was the first country to warn others of the revival of Russian imperialism. Over the centuries, we have learned to be vigilant.

Conscious of the dangers they face, the Poles have developed a specific geopolitical sense, i.e. that of prudence, which gives them greater clarity in seeing the challenges and threats they face

This vigilance makes us see independence as a work in progress. That is why we will soon be spending 3 % of our GDP on security. That is why we bult the Baltic Pipeline as a check on Nord Stream and Russian interests. That is why we are investing in building nuclear plants. Independence is decided on many fronts nowadays, with border protection being just one of them. We care about Poland’s independence as we feel responsible for future generations of Poles. As the leader on NATO’s easter flank, Poland protects the entire organization. Western countries can count on Poland today, just as they could one hundred years ago.

The text is simultaneously published in the Polish monthly “Wszystko Co Najważniejsze” as part of a project carried out with the Institute of National Remembrance and the Polish National Foundation. 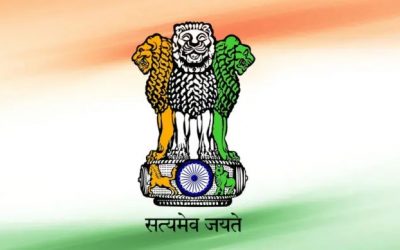 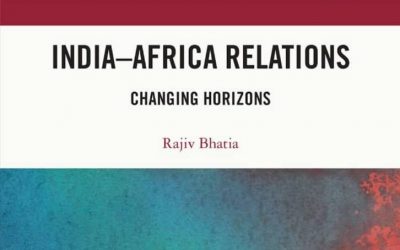 INDIA-AFRICA RELATIONS CHANGING HOR Africa and India have been umbilically connected. Post-independence India made it... 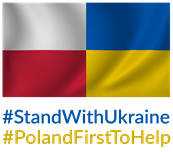 A POLISH-SWEDISH INITIATIVE FOR UKRAINE Prime Ministers Mateusz Morawiecki and Magdalena Andersson are organising a...