LARGE-SCALE MIGRATIONS OF NIGERIANS TO THE DEVELOPED WORLD 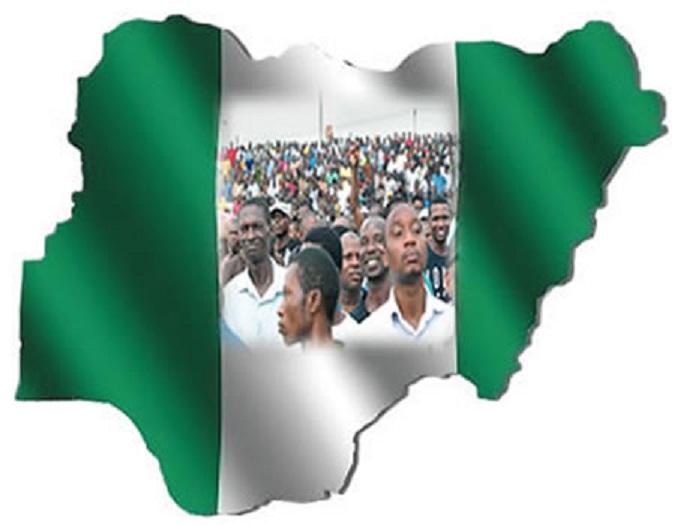 Migration is currently a dominant topic in global politics. Though policymakers and political leaders are giving it much thought now, the desire to be relevant in society has, since time immemorial, played a significant role in human actions. Migration is an extension of this desire. At the global level, with the emergence of the “global village” as a concept that international relations are anchored on the ability of nations to make themselves relevant to the global community. There is no doubt that many factors give rise to the migration of people. Among them are economic, socio-political, cultural, health and educational as well as environmental issues. But their relative importance as propellers of trans-border migration varies from region to region and even country to country. The underlying causes of migration can be classified into two basic classes: the “push and pull” forces. The former emanates from poor or declining opportunities in terms of commercial or career prospects in a particular state or region.

However, it is established in the existing literature that political crisis, ethno-religious conflicts, and the likes are also among the push factors. The latter, i.e., pull forces, is a product of the prevailing socio-economic and other benefits that exist in the anticipated host country of the migrant.The yardstick for determining what constitutes a pull or push factor in contemporary literature on migration may need more careful analysis in the application of the theory to the African situation, particularly regarding Nigerian migrants in South Africa. This is because the existing analyses of the push and pull theory accepts violence and political crisis as push factors. In the worst-case scenario, people flee their countries because of violations of human rights, ethnic conflicts, or war. Dzvimbo observed that this has been the case in most African countries and that many people are pushed into migration and enter other countries as asylum seekers or refugees because of ethnic or political conflict.

Both per capita income and life expectancy are low. The available facts demonstrate that the problem of poor infrastructure, high birth rate, high rate of unemployment and hunger and starvation date back to the 1970s. Yet currently there is no significant improvement. Nigeria parades a plethora of unflattering socioeconomic indices. With a poverty headcount of 53.9%, the population of the poor in Nigeria of about 100 million is more than the whole population of Egypt (93m), the Democratic Republic of Congo(79m), United Kingdom (65m), France (64m), Turkey (79m), among others. Nigeria belongs to the low human development category positioning it at 152 out of 188 countries and territories under the UNDP ranking as her Human Development index value for 2015 of 0.514 is below the average for sub-Saharan Africa. Nigeria’s life expectancy at birth of

52.8 years is among the worst in the world compared to 60.6 years on average for other low HDI countries and 64.1 years for Ethiopia and 58.7 years for the Democratic Republic of Congo.

It is not surprising that the dominant media, political and academic discourses on the demographic mobility of Nigerians see a wave of desperate people fleeing chronic poverty, repression and violence and trying to enter the elusive Eldorado of the developed.Amidst the suffering of the masses and epileptic electricity supply, as well as epileptic public hospitals, public schools, and other public institutions, the political elites appropriate trillions of Naira illegally among themselves in addition to the reckless spending of the huge amount of public fund on trivial and often selfish projects.

It is therefore not surprising that the absence of infrastructure is a major handicap to the social and economic activities of city life in Nigeria. Water is not always available for drinking or for personal hygiene partly due to inadequate water treatment and partly due to poor drainage system and substandard facilities for waste disposal.

As mentioned above, the electricity supply, provided by the Power Holding Company of Nigeria, is unreliable. Even in the best areas of large cities such as Lagos, Abuja, and Kano, the electricity often only works half of the time, which means you will often find yourself without lights and air-conditioning. Again, cities in the country suffer from the pollution of the environment. Cities are littered with solid waste from households and sewage lagoons due to the poor nature of infrastructure. This often results in the exposure of disposed of sewage to the open air. Lack of well-structured drainage systems often results in flooding. In addition, city lifein Nigeria is pestered with the problem of pollution sometimes resulting from oil and in other cases from industrial gas. Air pollution as a result of industry and oil spillage is caused by poor functioning oil lines.

However, various forms of architecture could be found in the cities of Nigeria. Lagos and a host of other Nigerian cities are known for western and modernized architectural structure. For instance, Abuja is known for its numerous “luxury villas and hotels, apartments and mansions”, and in the African continent, it is regarded as one of the most expensive cities. Yet, as precisely portrayed by one writer, “the peripheries of Nigerian cities are shantytowns, or slums, that consist of huts and makeshift churches, schools and bars; Abuja’s Toge, Lagos’ Makoko and slums in other cities do not portray a pretty picture of Nigerian city life.” To sanitize the situation, but without consideration for the poor masses, Nigerian authorities bulldozed at least 800,000 homes in the slums of Abuja since 2003.

Compared with cities in developed countries, city life in Nigeria is marred with insecurity and tourists are among the worse victims. State capitals and major cities are gradually becoming violence centers and criminal activities .A major issue of this ugly development is the bad image this insecurity gives Nigeria internationally and its implication for the flow of investments and tourism into the country. It has been observed that if the outside world gets the impression that Nigeria is unsafe and

ungovernable, not only will the country suffer the loss of revenue and income, but also opportunities to be given international responsibilities such as a permanent seat in the United Nations Security Council. Consequently, there is an urgent need for both immediate and long-term investments and strategies to be put in place and implemented, to reverse the situation and achieve national security and development. It is also imperative to state that migration has its own social and economic contributions both in positive and negative terms. While internal migration has seen more positive inputs than that of international migration, it is believed to b one of the major causes of social vices such as increased populations, urban prostitution, street urchins and beggars and the problem of waste management in the major towns and cities among others. International migration on the other hand, especially that of the elite, although numerically not impressive, is widely associated with a large-scale capital flight, in which large parts of the country’s oil windfall is transferred to foreign bank accounts and invested abroad. While legal migration outside the shores of Nigeria has benefitted many host countries because of the societal, cultural and economic inputs of the Nigerian migrants to those environments, Nigerians in diaspora have also been a huge source of national development (at home).

However, illegal migration has caused more pain that gain with attendant deaths and misfortune as regular occurrence. Trafficking in irregular migrants, previously a rare phenomenon is on the increase as young persons become involved in daredevil ventures to enter Europe. Individual stowaways risk their lives hidden on ships going to southern Europe, or as far away as eastern Asia. Many others seek political asylum, citing abuse of human rights in their home countries. For most migrants in pursuit of higher education, employment or survivability, illegal migration to other countries is inevitable. Forced labour, abuse of rights, torture and slavery and trafficking of female sex workers for remittance-driven wealth are among the dangers of this often-undocumented migration of people and all hands must be on deck to stem this global scourge. 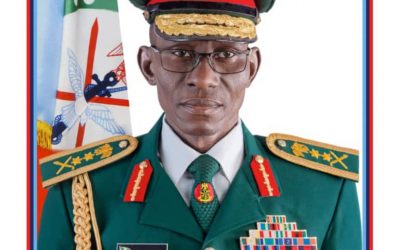 LET'S SALUTE AND SUPPORT THE NIGERIAN MILITARY AND SECURITY FORCES TO SUCCEED The Nigerian Military and other security... 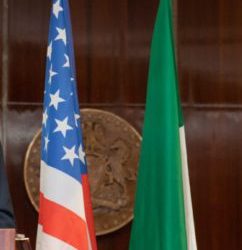 U.S. OF SECRETARY OF STATE VISITS NIGERIA ...APPLAUDS AMBASSADOR LEONARD AND HER TEAM FOR AN IMPACTFUL UNITED STATES... 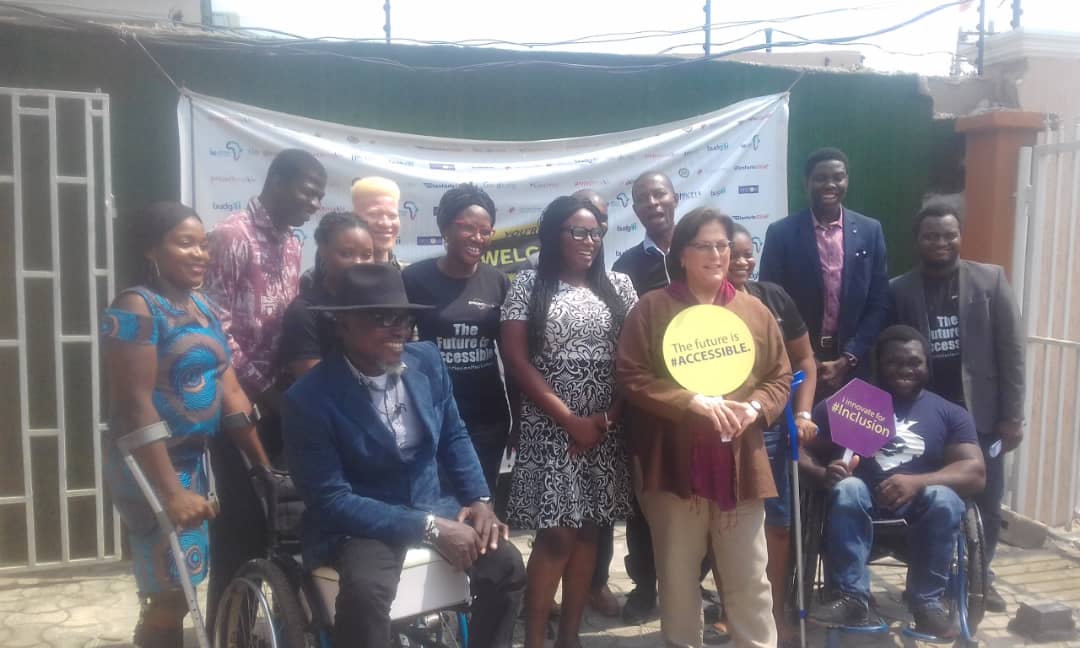 THE FUTURE IS ACCESSIBLE In line with getting the message of Disability inclusion to all stakeholders, Project Enable...