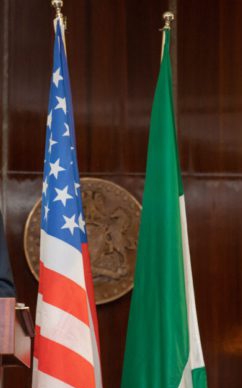 U.S. OF SECRETARY OF STATE VISITS NIGERIA …APPLAUDS AMBASSADOR LEONARD AND HER TEAM FOR AN IMPACTFUL UNITED STATES MISSION IN NIGERIA

In what appears to be a promise kept by President Biden to shore up cordial and profitable U.S. relationship with Africa, the 71st U.S Secretary of State made a three-country tour in his second visitation to the Continent, paying a visit to Nigeria (the first in the sub-Sahara for him). Being a steadfast supporter of the continent’s growth and sustenance, U.S continues on its roles in assisting Africa’s Advancement Agenda, hugely supporting Africa’s countries in nation building pursuits; but in the past few years the relationship seemed soured as a result of a number of issues, and the present administration is trying to restore the rapport once enjoyed. Hence, Mr. Antony Blinken’s tour was viewed as a beginning of a renewed relationship with outcomes that are expected to benefit both countries and positively impact the region now and in the long term.

United States and Nigeria are beloved and strategic partners with an enviable and age long relationship, and over the years the US has been making critical and laudable interventions in Nigeria’s onward progress. As a Partner-in-Progress, it is investing in the Nigerian people and society, encouraging development all the way.

Blinken’s travel to the country centered among others on matters relating to health growth, U.S. support for the fight against COVID-19 and vaccine provisions; security, defence and peace partnership; expanding energy access; human rights improvements; trade and economy buoyancy, climatic change, curbing crime, diplomatic growth and people-people connections. Highlights of the meeting included the U.S. delegation call on President Buhari at the State House with the Nigerian leader assuring of a more productive relations and improved outcomes on a range of concerns raised. In one his interviews in Nigeria, Secretary Blinken said that

” Over the next 25 or 30 years, one in four people on this Earth will be African.  We have one of the most dynamic, youthful populations in the world with extraordinary energy, innovation, entrepreneurship, some of which I’ve seen right here at Innov8, where we’re speaking.  And we have to be able to partner with that and to work together, because think about this:  When it comes to dealing with climate change, we can’t do it alone, and Africa in particular is a place of tremendous potential for innovation and for finding solutions to the climate challenge…So, we have a commitment over the next six to nine months.  We will be donating around the world, including in Africa, a total of more than a billion vaccines.  And we’re doing that primarily through COVAX, so that it gets to countries most in need.  And we’re doing it without any political strings attached.”

Similarly, the Secretary of State also met with the leadership and staff of the US Mission staff to Nigeria in Abuja, joining them in celebrating the Staff Appreciation Day. He applauded Ambassador Mary-Beth Leonard for her dynamic, visionary and salutary efforts, the vibrant and selfless Deputy Head of Mission, Ms Kathleen FitzGibbon, Consul General Claire Pierangelo of the U.S. Consulate-General, Lagos for her energetic and innovative strides and the staff for their day-to-day contributions in advancing development and strengthening United-States and Nigeria relations. 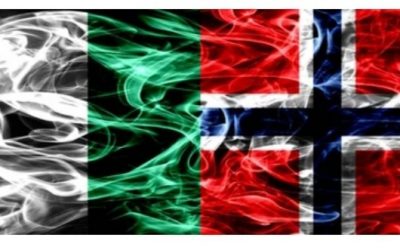